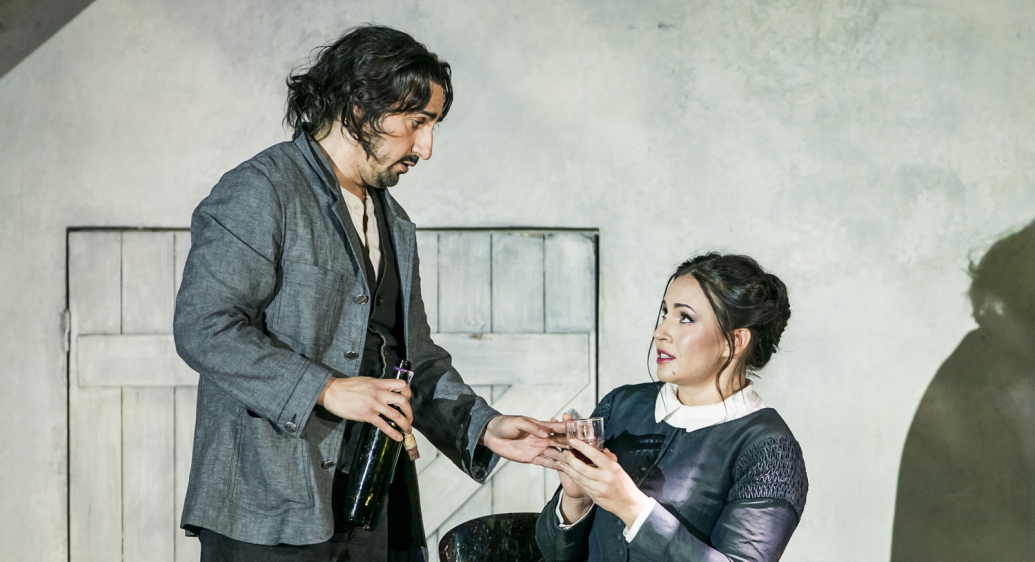 The press is raving about Sonya Yoncheva’s Mimì in La Bohème at the Royal Opera House Covent Garden. Sonya embodied the role of the young seamstress in five performances in January 2020. Here is what the critics had to say:

“The old tearjerker still has the power to work our emotions, especially with a Mimì who sings as beautifully and acts as convincingly as Bulgarian soprano Sonya Yoncheva. She can phrase Puccini’s melodies with melting simplicity or heartfelt intensity, and her death scene triumphs over the producer’s silly idea of propping her against a stove.”
Tully Potter, Daily Mail

“Sonya Yoncheva is wonderfully sweet and innocent as Mimì and sings with huge emotional depth. Yoncheva and Castronovo have a delicate chemistry and show a very convincing manner of falling in love.”
Aliya Al-Hassan, Broadway World

“The production has an impeccable Mimi in the form of Sonya Yoncheva”
Fahad Faruqui, Daily Times

“Finally, Sonya Yoncheva is a Mimì close to ideal. Her pure timbre, luminous high notes and the nuances with which she bestrews her vocal line hit the bull’s eye. On stage she is a perfect seamstress.”
Christian Peter, Forum Opera

“This was, in fact, her finest assumption of a role so far at Covent Garden that I personally have experienced; she inhabited Mimì from the very first phrase, the character’s vulnerability immediately apparent.”
C. Clarke, Seen and Heard International

“Among the solid ensemble of singers, Sonya Yoncheva stood out as Mimì. Her voice sounded marvellous in all registers and she knew how to put all the layers of this character’s emotions into music. She was also very convincing as an actress.”
Heinrich Schramm-Schiessl, Online Merker

“Sonya Yoncheva, as Mimi, had a touching sweetness that was once heightened — even within the wrenching ultimate scene — by way of her air of slight reserve.”
Richard Bratby, The Spectator

“The soprano Sonya Yoncheva and Tenor Charles Castronovo who play Mimi and Rodolfo are an impressive pair whose talent is clearly showcased from the start and sustained throughout.”
Church Newspaper