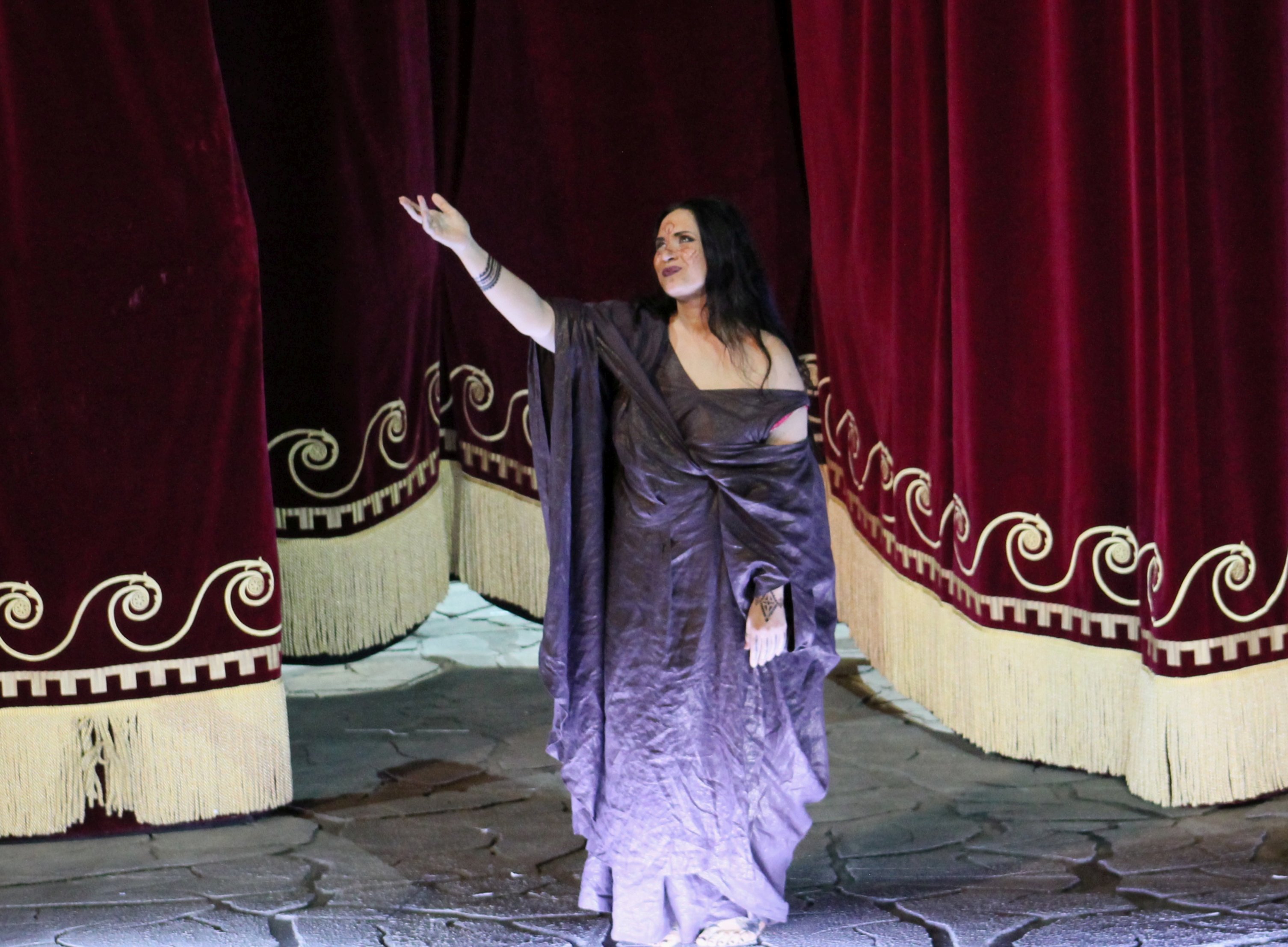 “Sonya Yoncheva even surpasses the Medea once sung by Callas”

Blazing reviews for the revival of Médée by Cherubini at the Staatsoper Berlin with Sonya Yoncheva in the title role! Check out here below what the press has to say about Sonya’s performances:

“Sonya Yoncheva can justly be regarded as today’s probably best interpreter of the fiendishly difficult role of the nemesis and child murderess Medée. The opera is performed in the original neoclassical Opéra Comique version in French language and with spoken dialogues, based on the score’s critical new release edited in 2006 (publishing house Anton J. Benjamin).
(…) In my view, Sonya Yoncheva even surpasses the Medea once sung by Callas. The eponymous heroine is far more challenging in the French original version than in the Italian adaptation with the recitatives composed by Lachner. She tackles the role with technical bravura without ever exaggerating or drifting off into drastic or paro-distic verismo effects (like was the case with Magda Olivero I otherwise venerate).“
Dr. Ingobert Waltenberger, Online Merker

“Musically things go better. Sonya Yoncheva, star among the stars in the title role, captivated the audience thanks to her plaintive timbre, served by one of the finest legatos of our times. One immediately thinks about Callas in the ’50s, whose footsteps the Bulgarian singers certainly wished to follow (…)“
Pierre Liscia, Bachtrack

“In the current revival as well, the acclaimed soprano endows the eponymous role with great acting impetus and vocal radiance. (…). Here Sonya Yoncheva is in her element. In the third scene she magnetises the audience from the very beginning building up suspense until the final scene in which she triumphs over her unfaithful husband and accuses herself of murdering her children. The dagger in one hand, the other one clutching her dress, she roams the stage amid burning boxes descending more and more into madness before ultimately killing herself. The power and colours of her soprano seem luxurious for the part, but in her musical interpretation she hits the right dramatic impact and power in the notes, her voice never turning metallic in the top whilst being fervent in the middle and lower registers. She demonstrates her vocal range along with the effortlessness in the change of register and acrobatic melodic passages. This Medea makes Korinth tremble, the evening is hers.”
Helmut Pitsch, Opera Online

For Yoncheva’s performance was of a stature that it would have moved and explained all simply – or not so simply – through her voice, let alone her stage presence. Clean and focused of tone – no ‘dramatic’ imprecision here – yet at the same all-encompassing in its mystery and magic, hers was a contribution that gripped from beginning to end.
Mark Berry, Seen and Heard International

“Heading the cast there was once more Bulgarian soprano Sonya Yoncheva, who has again obtained the trump she received two years ago at the premiere of this production. The Bulgarian singer has turned into one of the best sopranos of our days, after noticeably darkening her voice, which today has little in common with its youthful version we heard in Madrid and Pamplona in 2009 as Norina in Donizetti’s Don Pasquale. Her performance was impeccable, both vocally and scenically, since we are in front of an autentic stage animal. I can’t think of another soprano active today able to overshadow Sonya Yoncheva in this character of Medea.”
José M. Irurzun, Beckmesser

“Sonya Yoncheva sings and plays the part of the ostracised woman in Andrea Breth’s staging at the Berlin State Opera in such a striking and psychologically so plausible manner, vocally and acting-wise getting under the skin of the audience, that one is close to apostrophising her as the new Maria Callas!”
(…) In Breth’s stage direction, the whole burden of the visual dimension rests upon the shoulders of the singer of Médée. That is no problem for Sonya Yoncheva, on the contrary: she relishes in dominating both the stage and the action, and her clear, but more and more passionate voice seems to flawlessly illustrate musically. The score holds more than enough finesses and difficulties in store. To hear these mastered in such a beautiful way is an experience of its own.”
Gisela Sonnenburg, Ballett-Journal

“There are opera singers who get the audience to identify them, above other roles, with one in particular. It usually happens when the singer in question has performed on several, even many, occasions the role to which he or she is associated. But it also happens that a character takes possession of the artist, absorbs him/her, or that is the feeling that has who contemplates the artist. It is probably the other way around, the singer blends in with the character, but whoever is in the theater is confused by that particular union. A case like this happens between the soprano Sonya Yoncheva and the protagonist of the homonymous opera by Luigi Cherubini, Médée. Yoncheva is, since she enters the scene, the witch Medea, and she is such, above all and much more intensely, in the third act. An act that absolutely belongs to her, where she dominates the singing and the scene until she almost hypnotizes the audience. The Bulgarian soprano has truly a beautiful instrument, of great quality, and also knows how to use it with wisdom, nuances, creating magical and special moments (and there are many in this opera). Her voice is meaty, with a powerful center, (…) the audience that bravoed her delivery, her great French phrasing and, above all, that third act, which was, I repeat, shocking.“
Javier del Olivo, Platea Magazine

“Yoncheva’s blazing soprano is omnipresent on each and every level: On the vertical one due to its presence and richness in all registers, on the horizontal one owed to the nearly uninterrupted physical appearance on stage.“
Albrecht Selges, Hundert11.net

“It gave me goose bumps. Way at the end, when Sonya Yoncheva ultimately turned insane as Medea and completely spellbound me with her vocal power. She absolutely deserved to reap the greatest applause after the show. (…) Yoncheva conveyed this lunacy in a totally convincing manner. It was an outstanding performance this evening.“
Petra Samani, Buchblinzler Blogspot

“Sonya Yoncheva as Médée is a vocal and dramatic powerhouse as the role and production includes quite a lot of spoken text and she is able to add dramatics and tension through it. Her voice has matured after second child and now her chest register is surprisingly deep and resonant, at the same time her top notes are powerful, even if not so silvery bright, thus giving impression of unlimited vocal powers, filling auditorium of a beautiful Staatsoper effortlessly. Her appearance on stage in the middle of act 1 immediately focuses audience attention to her and keeps it until the last note of the score, when the curtain is closed and she dying desperately holds on it, mesmerising the spectators.“
Opera Explorer

“Medea (Medée) was sung and acted by Sonya Yoncheva. A Medea to die for.“
Opera, Duets, Travel