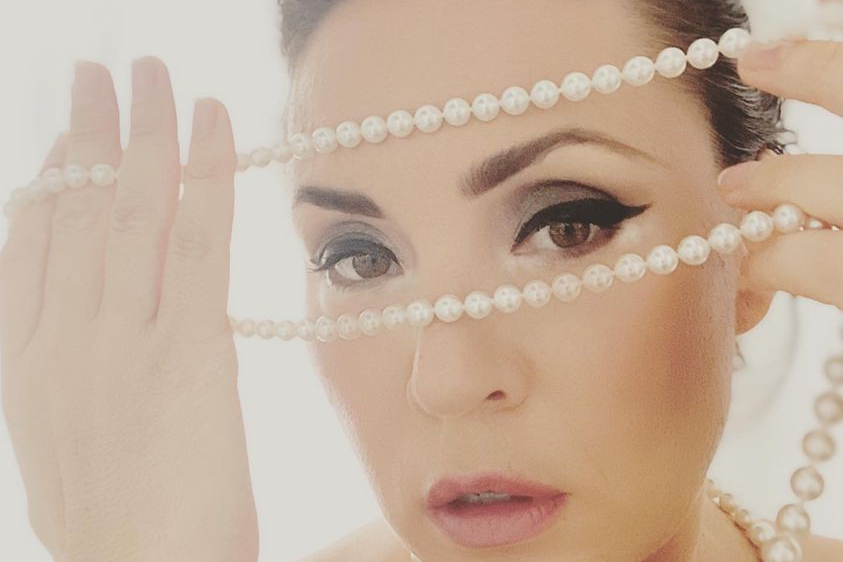 “Sonya Yoncheva is thrilling” as Puccini’s Manon Lescaut in Hamburg

On September 9, 2021, Sonya Yoncheva made her acclaimed role debut as Puccini’s Manon Lescaut at the Staatsoper Hamburg. You can read the press review translated into English here below:

“Sonya Yoncheva is thrilling”
“The soprano made her celebrated role debut in Puccini’s “Manon Lescaut”…”
(…)
… the audience was enthusiastic… . They cheered the ensemble of singers and especially Sonya Yoncheva in the title role and Brian Jagde as Des Grieux… .
With every right considering their vocal quality. Both found the right colors for Puccini’s huge feelings. They took pleasure in displaying their powerful high notes and skillfully shaded the dynamics.”
Hamburger Abendblatt

“Sonya Yoncheva, who debuted as Manon Lescaut, completely dazzled throughout the opera. How to define an exceptional voice? The best thing is to listen to her because it is difficult to count the emotions she transmits, the perfect technique that allows her to ride smoothly through the entire range and reach stratospheric, perfectly placed, overwhelming high notes. Her voice has a beautiful, meaty timbre, with a vibrato that makes it even more attractive. She gave a special color to all her interventions, playing with nuances, singing with a delicacy that made one fall in love with her. She will undoubtedly triumph on stage with this role (…) But yes, what a great night and above all, what an exceptional “Sola, perduta, abbandonata”. There she did act, one did see the suffering of the woman who has lost everything. An aria that will remain in the album of those exceptional moments that can be experienced in an opera house.”
Javier Del Olivo, Platea Magazine

“For the title role of Puccini’s “Manon Lescaut”, Sonya Yoncheva had been engaged, one of the most successful and sought-after sopranos of the moment. She made her long-awaited role debut in this performance. Yoncheva has made a name for herself not only in the Russian repertoire, but above all in Italian soprano roles such as Mimì (“La Bohème”), Violetta (“La traviata”), the title role in “Norma”… . The extremely demanding role of Manon could not have been cast better as with Sonya Yoncheva. In the first act, Yoncheva presented a broad and dramatic soprano which – starting from a voluminous middle register – is able to swing to veristic heights. She sang this part with apparent ease and sovereignty, whereby it must be mentioned that she has massively gained organ-like and voluminous low notes since her pregnancy. This turned out to be particularly positive in this part. Due to her excellent vocal technique, it is incredibly easy for Yoncheva to execute the various top notes pointedly and effectively. Her timbre turned out to be extremely feminine and emancipated, which is mainly due to the dramatic components of her interpretation. Despite the expressiveness of her soprano, Yoncheva hardly tends to excessive vibrato, but is able to combine her ascents towards the high notes with a theatrical performance, whereby her portrait of the role gained massively in authenticity. The climax of her vocal performance was undoubtedly the final act with the infamous aria “Sola, perduta, abbandonata in landa desolata!”, but also in the duet “Dispettosetto questo riccio!” with her brother Lescaut in the second act she was bursting with soprano radiance and an esthetic sound. Brava!”
Wotans Opernkritik

“Also undoubtedly – that was foreseeable – the star of the evening was Sonya Yoncheva, who threw all the notes without any effort into the hall, be it in the lyrical, sweet moments or in the triumphant hope for a future of happiness and love.”
Andreas Ströble, Klassik Begeistert