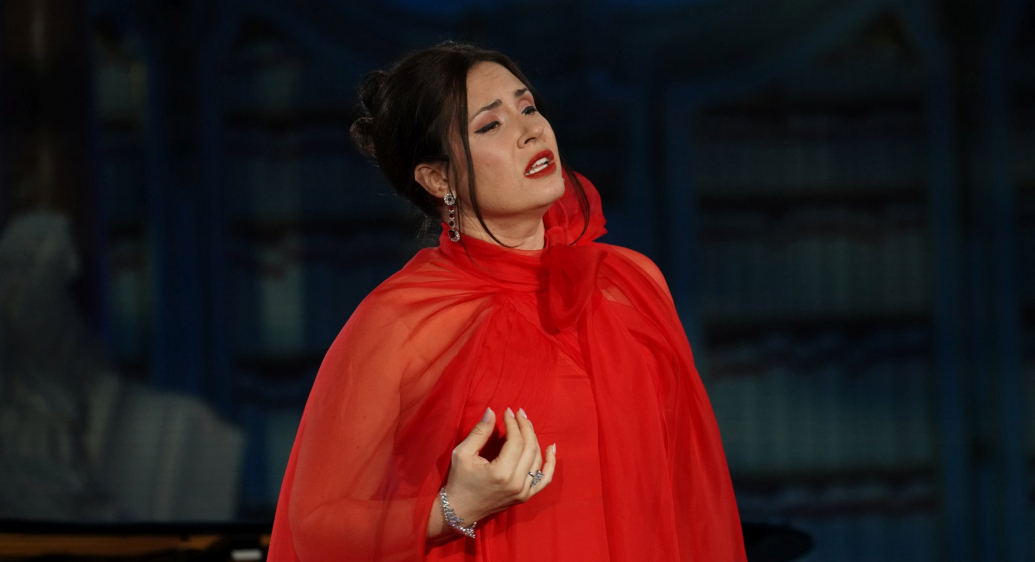 Rave reviews have come in for Sonya Yoncheva’s Met Stars Live in Concert recital. On February 27, Sonya sang wide selection of arias for the Metropolitan Opera’s streaming series from the Cloister Bad Schussenried in Germany. Here are a few short quotes of what the international press has to say:

“Extraordinary poise in both voice and presence, fully inhabiting each character.”
Opera News

“The top soprano has a voice of a diva, sparkling, colorful, full of emotional depth. A world star in Upper Swabia: a great concert.”
Südwest Presse

“Sonya Yoncheva reinforced her standing as one of the world’s greatest divas in a technically brilliant and movingly intimate recital of popular arias.”
Birmingham Press

“The recital with Yoncheva was a thoroughgoing delight. The singing was captivating and powerful while the accompaniment was uplifting.”
Classical Music Daily

“For Met Stars Live in Concert, Sonya Yoncheva brings emotional significance to all her words and phrases”
Seen and Heard International

“For her recital in partnership with the Metropolitan Opera House in New York, Sonya Yoncheva offered a multifaceted evening (…) at the crossroads of several styles, eras and tessituras.”
Ôlyrix

“The program sweeps across the breadth of what the Bulgarian soprano does best, which is to infuse interiority and theatricality into very different roles.”
Opera Online

“The artist (…) had the opportunity to demonstrate that she could do almost anything, handling the most varied styles through a program spanning four centuries of music.”
ConcertClassic